­
How Does the Saying ‘Content Is King’ Relate to the SEO World?

How Does the Saying ‘Content Is King’ Relate to the SEO World? In 1996, Bill Gates wrote a very interesting article entitled ‘Content is King,’ which foresaw much of the growth we have experienced in the online world over the last 20 years.

He managed to predict, with uncanny clarity, the ease with which businesses would find their niches online. He claimed that it would be content that would be king in this new internet world. And he was right.

He opens his article saying:

‘Content is where I expect much of the real money will be made on the Internet, just as it was in broadcasting.’

‘But the broad opportunities for most companies involve supplying information or entertainment. No company is too small to participate.

One of the exciting things about the Internet is that anyone with a PC and a modem can publish whatever content they can create.’

I love that he includes his vision for any person to contribute. He has pinpointed the idea that opportunity abounds online and this has been proven to be oh so true with many millionaires and indeed billionaires being made online.

His following predictions are beautifully accurate:

Printed magazines have readerships that share common interests. It’s easy to imagine these communities being served by electronic online editions.’

The insight from these next few paragraphs is like a snapshot in time, frozen in an era that many have since forgotten or just didn’t grow up with:

‘Over time, the breadth of information on the Internet will be enormous, which will make it compelling. Although the gold rush atmosphere today is primarily confined to the United States, I expect it to sweep the world as communications costs come down and a critical mass of localized content becomes available in different countries.

For the Internet to thrive, content providers must be paid for their work. The long-term prospects are good, but I expect a lot of disappointment in the short-term as content companies struggle to make money through advertising or subscriptions. It isn’t working yet, and it may not for some time.

So far, at least, most of the money and effort put into interactive publishing is little more than a labor of love, or an effort to help promote products sold in the non-electronic world. Often these efforts are based on the belief that over time someone will figure out how to get revenue.

In the long run, advertising is promising. An advantage of interactive advertising is that an initial message needs only to attract attention rather than convey much information. A user can click on the ad to get additional information-and an advertiser can measure whether people are doing so.

But today the amount of subscription revenue or advertising revenue realized on the Internet is near zero-maybe $20 million or $30 million in total. Advertisers are always a little reluctant about a new medium, and the Internet is certainly new and different.’

Reading these words I can almost imagine him sitting at his PC writing the article, his brain half in this world and half in the future, channelling a vision that few others would have shared.

Since Gates’ ‘Content is King’ article, the whole world has changed quite significantly many times over. The SEO world has adopted the phrase ‘Content is king’ as their own, given the relevance and importance that Google places on good quality user-friendly content being at the helm of every website. Google no longer puts up with rubbish sites and Black Hat SEO practices, and have completely subscribed to the vision of Gates’ content-based internet. Google is now, as it happens, the Gates keeper of the internet. Pardon the pun…

Every SEO person knows that well written informative content is one of the key cornerstones of the SEO game and as such will continue to espouse the importance of providing it for website users.

Over time, there have been variations of the saying thrown out into the online world such as ‘Content may be king, but context is queen.’ Others have written click-bait style articles saying that content is not king, but upon reading the articles they always lead back to the same conclusion: Websites must be about providing quality content for users. Otherwise, there would be no value for users and the internet wouldn’t survive.

We believe so completely in providing rich content that we named our business Content Is King. As copywriters and SEO experts, we’d heard the phrase so many times it must have been permanently tattooed on our brains, so it made sense to give our business this name.

If you’d like to read the full ‘Content is King’ article written by Bill Gates, you can read it here. High quality SEO services that will make your website sour up the rankings! Let us help you connect with new customers through Social Media Marketing! 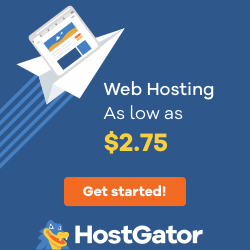